Small business owners in Allen are receiving massive bills for electricity from a time period when millions of Texans had no power.

ALLEN, Texas – Small business owners in Allen are receiving massive bills for electricity from a time period when millions of Texans had no power.

One small business owner recently received an electricity bill for more than $80,000.

With all the legislation passed to try to solve this problem, mostly resulting from last year’s winter storm, there are questions of how this can still be happening.

With the energy company refusing to talk to FOX 4, other than providing a statement, it is still a mystery why small business owners in Allen are receiving exorbitant electricity bills, after lawmakers have said they passed laws that were supposed to prevent this kind of thing from happening.

“I thought it was a mistake, there is no way I can be charged that much,” said Melanie Tawater, owner of Image Nation Salon in the Village at Allen.

Tawater could not believe her eyes when she received an electric bill of $82,341.08 in March. 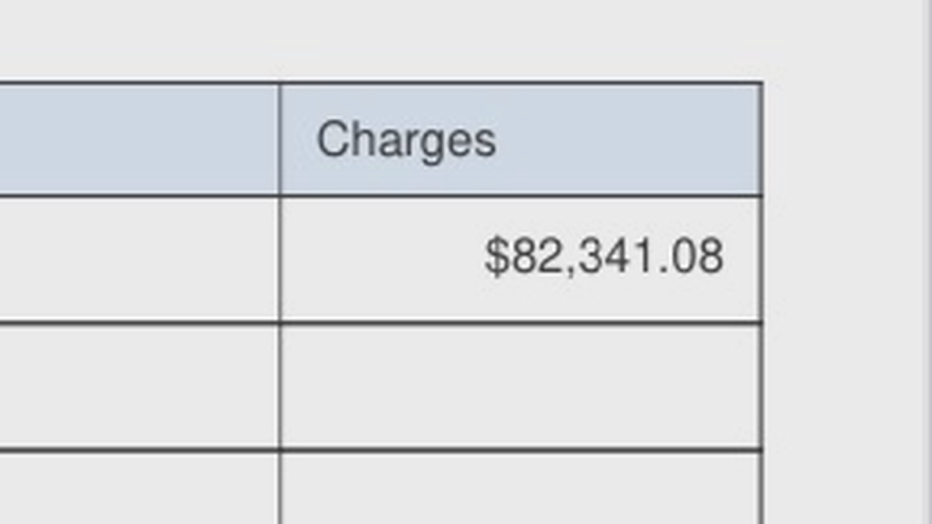 The description from her property manager, DLC, also stood out. It was for service in February and March 2021.

That included the big winter storm and catastrophic power failure that left millions of Texans in the dark for several days.

“When I got the bill, I was taken aback. Why am I getting a bill when I wasn’t, no one was even here. There was no electricity, no hair dryers, no lights on,” she said.

She soon heard from other business owners getting astronomical bills as well.

“Guess what, you are due for this $16,000 electric bill. And it’s like, what? We were closed that week, we did not operate,” said Mezar Gharbia, owner of Which Wich in the Village at Allen.

Gharbia said the property management company told him the bill was no mistake.

“They told us you guys are on a variable rate plan, and during that week, the rates went crazy, and this is your share,” he said.

At the peak of the power crisis in February 2021, wholesale rates spiked to $9,000 per megawatt hour, which left customers with variable rate plans vulnerable to huge bills.

Gharbia said the property manager never told him the contract for the Village at Allen was a variable rate plan.

“They did not give us the option to choose what plan, so we were oblivious to this massive risk to our business that they took on our behalf without telling us,” he said.

The idea was to prevent the kind of bills Gharbia and others received.

“And so we began, immediately, putting together packages, and so we ended up passing three different pieces of legislation addressing that that really saved our economy and helped spread out a lot of those costs,” Hancock said in January. “Without the legislation we passed, you would have had significantly more bankruptcies.”

“I heard in the news that there’s a lot of bailout, there’s a lot of money that was put aside from the state to help out businesses,” Gharbia said. “And I wonder, I’m not sure, I don’t have any evidence, but I wonder if they actually went ang got some of that money and did not tell us.”

The Village at Allen has a contract with EDF Energy Services.

FOX 4 asked EDF if it has received help from the state, and if so, why is it still billing its customers such large amounts.

While FOX 4 has not yet received a response to that question, earlier, a spokeswoman with the company would only say: “EDF Energy Services has no involvement in how the landlord chooses to allocate charges to their tenants or how they manage energy consumption.  EDF Energy Services invoiced the contract per the terms and conditions contracted with [the Village at Allen].”

FOX 4 asked Senator Hancock’s office why the legislation he helped pass is not helping customers in this case.

The senator told us in a statement: “…The Legislature established an opt-in securitization pathway to reduce costs for the market. While each situation is unique, many of the securitization funds will be released this July, so anyone currently facing sticker shock is encouraged to speak with their electric provider about next steps or contact their legislator or my office for casework assistance.”

But Tawater’s landlord told her she only has five days to pay her bill.

“All my investment, and blood, sweat, and tears is in this place,” she said. “I’m just a small business and I don’t make $82,000 on the business in a year. I don’t understand how anyone could pay it.

When it comes to making sure electric companies pass on the relief from the state to their customers, the state is really in unchartered territory.

FOX 4 is working to find out more from Texas Public Utility Commission about how they will make sure that happens.